A downloadable game for Windows, macOS, and Linux

Alpha version 5 of Remnants of the Precursors is now available! Please follow the latest news on the ROTP subreddit at: www.reddit.com/r/rotp

For those new to the project, this game is intended as a strict feature clone of the original Master of Orion game from 1993. Standard disclaimers are that this is an alpha and that you are the testers. This means that not all features are present and also that you will find bugs.

Tactical Ship combat - Now players can tactically control their ships in turn-based combat, maneuvering around asteroids and targeting enemy ships with weapons on their custom-designed ships.

The Human race – Added to the game.  The Humans are masters of diplomacy and negotiation, allowing them to more easily stay on friendly terms with other races while maximizing the profit of mutual trade treaties. Humans are a popular choice for players who want to go for the diplomatic "Galactic Council" victory.

The Klackon race – Added to the game.  The Klackons are a hive-mind race whose primary racial advantage is a generalized production bonus, making them one of the most popular race choices by players!

Random Events - Is that star going supernova in one of the systems you control? Can you research a cure to the plague in time to save one of your colonies? 14 of 16 planned random events have been added to the game.

Ship Design interface - this interface has a new and improved look, giving you close up look at your ships! 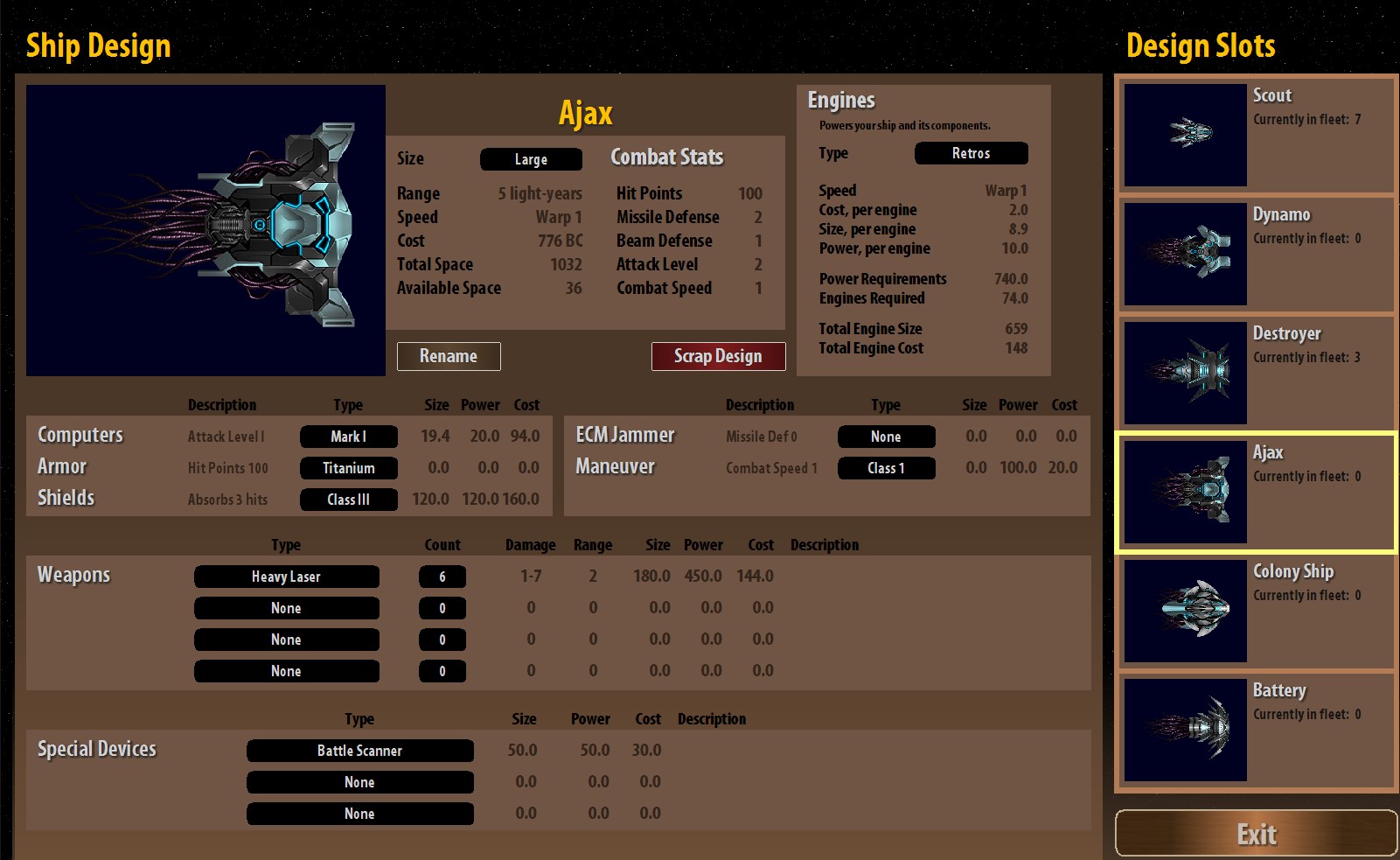 Ground Combat death animations - there are many ways to die in ground combat, and now players can see the effect of their weapons on enemy forces.

Remnants of the Precursors is delivered as an executable Java file designed to be playable on any Windows, Mac or Linux PC.  It is a Java application, so you must have Java 8 installed on your system. You can download Java from here: https://www.java.com/en/download/

My recommendation is to create a special folder in which to keep the game. Once you have downloaded it (the Remnants.jar file), simply double-click on the file to start it with Java. If for some reason you  want or need to start the game from the command line, you can type:

All saved game files will be stored in that same directory and have the *.rotp suffix.

There are two special files you may see in this directory:

Remnants.cfg – this file keeps the configuration settings. It is a text file and safe to view, but please do not manually change the values as this might create unexpected behavior in the game.

recent.rotp – this is the saved game file that Remnants uses to keep track of the current game being played. Every time you hit “Next Turn”, this file is updated immediately and then again after the game has finished playing the turn. If any bugs occur during the Next Turn, this is the file I will need to debug the problem!

In general, just play the game and have fun. There is a “Difficulty” setting on the Setup screen that you can set to “AI”. If you do so, then the AI will play most of the game for you. You will occasionally have some input, but not a lot. This is a good way to play a lot of turns very quickly, but it’s not very fun!

If the game gets an error, you will generally see a very basic screen with text explaining what to do. Generally, you would just take a screenshot of the text and email it to me along with the recent.rotp file (grab it right away!).

If you see something weird that’s not a crash, send me a screenshot and the recent.rotp file. If this error is during the Next Turn, make sure you close the game WITHOUT finishing the turn in order to keep the recent.rotp from being updated at the end of the turn.

I know I also say this a lot, but remember that the Remnants subreddit (https://www.reddit.com/r/rotp) is where I am trying to centralize discussion about the game as much as possible. This makes it a lot easier for me to see and respond to bugs and questions since it’s all in the same place. If you subscribe to the reddit, you’ll see it in your reddit feed as well.

Join the discussion in our growing subreddit at: www.reddit.com/r/rotp

Remnants of the Precursors is delivered as an executable Java file designed to be playable on any Windows, Mac or Linux PC. It is a Java application, so you must have Java 8 installed on your system.  You can download Java for free at: https://www.java.com/en/download

My recommendation is to create a special folder in which to keep the game. Once you have downloaded the it (Remnants.jar file), simply double-click on the file to start it with Java. If for some reason you  want or need to start the game from the command line, you can type: 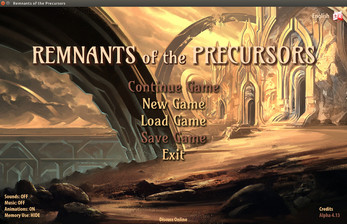 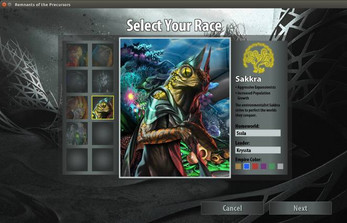 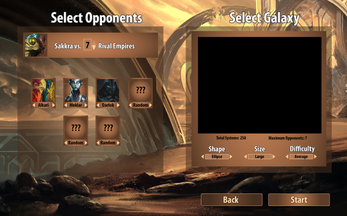 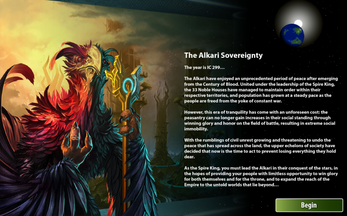 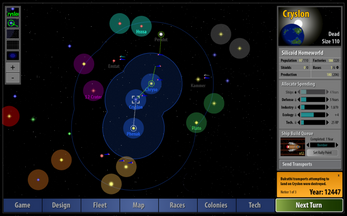 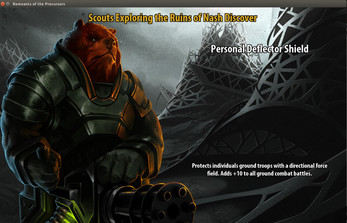 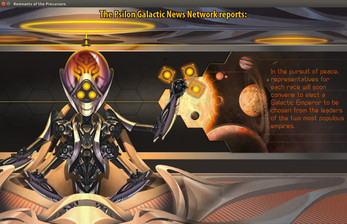 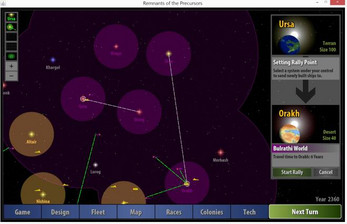 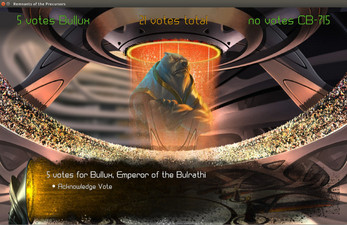 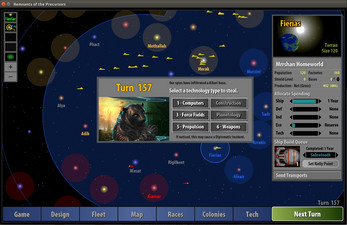 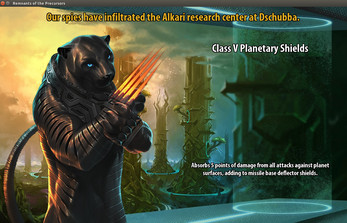 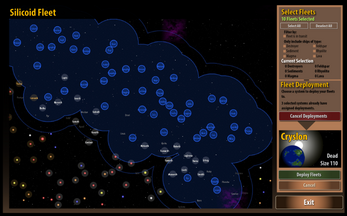 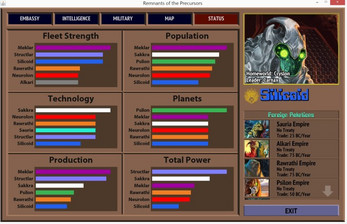 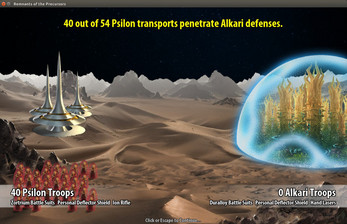 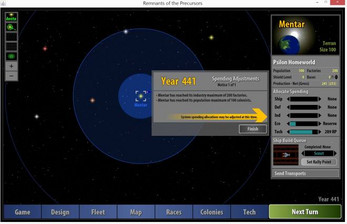 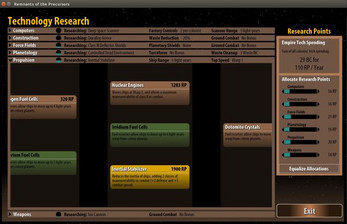